When Members 1st introduced a remote call center staff in late 2018, it quickly learned how to provide the equipment and commitment required to support this growing workforce.
Erik Payne Before taking his current role as vice president of customer service at Members 1st Federal Credit Union ($4.4B, Mechanicsburg, PA), Greg Minnich managed a call center where the majority of his nearly 300 employees worked from home. That’s what made him a great fit for Members 1st, a credit union that wanted to explore remote staffing models as part of an effort to modernize operations and overcome space constraints.

The credit union was running out of space, Minnich says. So, there was a real estate aspect to this change.

Minnich’s strategy calls for 30% of his workforce to eventually work from home . In the meantime, the credit union first tasked the mortgage department and call center with testing the viability of a remote workforce today.

But taking the call center remote is a more unusual choice. 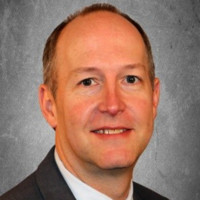 The call center at Members 1st is split into inbound and outbound representatives, with the latter group operating in more of a sales function. All told, the call center has 76 employees, including 46 inbound staffers. The credit union closely tracks all its call center employees, which makes the department a good fit for the remote pilot program.

The call center has robust data reporting, Minnich says. It’s the perfect test case because we can see if they are working. We know if they are adhering to schedule and if they are available to our members.

Minnich took great pains to determine which of his staff would be ready to go remote. Twenty-five employees expressed interest. Minnich interviewed each, paying careful attention to performance, commitment, and at-home equipment.

On performance, Minnich wanted to make sure the potential remote worker was productive, had been at the credit union for more than 90 days, and was an independent thinker.

We wanted people who could make decisions during calls versus needing to ask for advice, he says.

On commitment, Minnich wanted employees who understood that if the pilot went well, they would spend the rest of their career with the credit union at home.

It’s more than just, Yeah, I’ll give this a try, the VP says.

And on equipment, Minnich wanted to test a variety of hardware with a variety of internet connectivity. Minnich selected seven employees for an initial at-home pilot program that served as a test run. Three tested WiFi provided by servers the credit union’s IT department purchased. Three tested a hardwired ethernet connection, which, in Minnich’s experience, was more stable than WiFi. The seventh employee tested a satellite internet connection, which ended up not being reliable enough for full-time at-home work. So of the seven who piloted, six passed.

Of course, working from home requires more than the right equipment. It requires an appropriate space, too. That’s why the credit union inspected home accommodations to ensure the pilot employees had dedicated, isolated workspaces.

We were wary of background noise, disturbances, and complaints from members, Minnich says. We didn’t run into any issues.

The Present And Future Of Remote Work

Today, 15 of the 46 inbound call center reps at Member 1st work from home, nearly 33% of that team. On the outbound side, one employee is currently piloting a remote model.

Because outbound employees operate as more of a sales team, there’s a question whether sending someone home is going to disrupt that culture, Minnich says. She is performing really well, so it might be a proving ground to show this can work if it is the right person.

To reach his goal of 30%, Minnich must send six more call center staffers home, and he’s confident the team is ready for the move.

In the past year, the credit union has learned more about technology requirements and management processes that make home work arrangements successful. For example, the credit union requires at-home staffers to have the ability to hardwire into an internet connection, although they can use WiFi if they choose. Today, just one remote employee is using WiFi.

No one has complained, Minnich says. It’s not been a big deal.

Security is a big deal, however, as even remote call center employees must access the personal information and finances of members. That’s why the credit union requires an isolated working area and doesn’t allow workers to take home printers. Instead, in-office employees must handle the printing and mailing.

There’s no need for our remote staff to have printers because it can create exposure, Minnich says.

As for processes, the credit union advises remote workers to chat, rather than call, managers when they need a quick override or sign-off on a pressing item to ensure timely responses. Because the team has grown large, inbound remote workers have their own dedicated team leader, assistant manager, and manager, a setup that aims to provide at-home workers with oversight more tailored to intricacies of their situation.

Mangers grade remote staff on the same performance metrics as in-office employees, including call quality, adherence to schedule, and availability, among others. Thus far, remote workers are on par with their in-office counterparts in terms of productivity. According to Minnich, all inbound employees averaged 84 calls per eight-hour day through early August; for remote workers only, that number drops to 83, a nominal difference.

When Members 1st piloted a remote work model in the fall of 2018, it was willing to take things slow.

Of our initial pilot group, we sent two home at a time, says Greg Minnich, vice president of customer service. After we made the pilot group permanent, we rolled out remote workers in groups again. I think keeping that slow and steady pacing, working out any issues in smaller batches, was a key to our success.

However, the remote staff hasn’t kept pace with in-house staff in lost time. At the beginning of 2019, remote workers logged a lost time rate of 15%-16%. This is compared to the 1%-2% averaged by in-office employees.

At the time, the credit union ran remote workers through a server bank shared with in-office staff, which interfered with connectivity. When connectivity was disrupted, in-office workers could log into other machines around the office, curbing lost time. For off-site employees, there was nowhere to turn.

We were used to being in an office where if something isn’t working, you can find something else to do, Minnich says. If you’re at home and that’s the case, you’re done. Not much is happening.

A few months into 2019, the credit union dedicated a bank of servers for remote use only, which cut lost time to 6%. Although that’s still more than the small percentage averaged by in-office employees, productivity remains effectively equal.

Still, the credit union has noted a few unfavorable unintended consequences as well. When remote workers become out-of-sight, it’s easier to become out-of-mind as well. So, the credit union dedicates managers to the remote team to keep the employees as connected as possible. Also, according to Minnich, working remotely can limit developmental opportunities.

They don’t get that exposure walking the halls, running into people from other departments, he says. It can get to a point where working from home and saving on expenses outweighs potential opportunities to advance within the institution.

Solving for that dilemma remains an open discussion, but Minnich says the experiment has paid off in other, sometimes surprising, ways. For example, employees benefit from shorter commute times and enjoy cost savings from reduced travel and fewer food purchases. And for the credit union, a remote workforce opens nearly limitless recruitment opportunities. But that’s for the next evolution of the program.